Google recently announced that they made email more secure by adopting the new MTA-STS internet standard. But what is MTA-STS and how does it (somewhat) improve email security?

What is MTA-STS and what is it for?

Google announced that they made email more secure by adopting the new MTA-STS internet standard (RFC8461). A lot of sites published articles about this, some claiming Google made email “ultra secure” and that this new standard would fix everything that is wrong with email.

Let me try to explain what SMTP MTA Strict Transport Security (SMTP MTA-STS for short) really does and how it indeed, makes email a bit better. Let’s start by explaining how email transport works and dive into the weaknesses.

Whether you use the SMTP server from your internet service provider (ISP) or use a service like Gmail, email is not sent directly from your outbox to the inbox of the recipient. The message is transferred from one server to another. This is done through a protocol known as SMTP.

This SMTP communication between servers can be done with encryption to avoid manipulation or eavesdropping. But pay close attention to the word “can”. An attacker could perform a man-in-the-middle (MiTM) attack by deleting parts of the unencrypted communication that initiates the encryption (STARTTLS). By doing so the sending SMTP server thinks that the receiving server does not support encryption and starts sending the message unencrypted. This allows the attacker to read and even manipulate the data.

Another type of attack would be to change the address of the recipient’s server altogether by overwriting the resolved MX record (recipient’s mail server address). The sending server would just deliver the data to the SMTP server of the attacker. While the communication can than still be encrypted, the received data after transmission is not.

How does MTA-STS work?

MTA-STS is a mechanism that instructs an SMTP server that the communication with the other SMTP server MUST be encrypted and that the domain name on the certificate should match the domain in the policy. It uses a combination of DNS and HTTPS to publish a policy that tells the sending party what to do when an encrypted channel can not be negotiated.

Sound familiar? You’re right, it does sound like DANE (DNS-Based Authentication of a Named Entities). DANE and MTA-STS serve the same purpose but DANE requires DNSSEC for DNS authentication while MTA-STS relies on certification authorities. In addition, MTA-STS provides an optional testing-only mode, allowing you to deploy a policy without breaking anything.

Most people agree that DANE is superior to MTA-STS as it is easier to deploy, works with self-signed certificates and does not require MTAs to cache policies. The problem is that not everyone wants to adopt DNSSEC because in some situations this is undesirable or impractical. However, MTA-STS is designed not to interfere with DANE deployments when the two overlap. So, if you are using DNSSEC, you don’t have to choose, you can implement both.

All you need to do is add two DNS records and a text file in the “.well-known” folder of your domain. The first DNS record to add is a “_mta-sts” TXT record containing the version and an id.

The “id” is used to track policy updates. This allows the sending server to determine when the policy has been updated. The second DNS record is a “mta-sts” (note the lack of the underscore at the beginning) A or CNAME record pointing to the server that is publishing the policy.

This will let any MTA-STS supporting mail server know that you want them to obey your policy. Note that the “testing” mode does not actually prevent messages from being sent over an unencrypted channel or to a malicious server. If you are confident enough that everything is configured accurately you can change the mode to “enforce”.

You can configure the “mode” to be either “enforce”, “testing” or “none”, indicating the expected behavior of the sending email server in case of a policy validation failure.

One or more patterns matching allowed MX hosts for your domain. Put each host on a new line with the “mx:” prefix if you have multiple.

This specifies the maximum lifetime of the policy in seconds (maximum value of 31557600). Mail servers will cache your policy up to this value from the last policy fetch time. To mitigate the risks of attacks at policy refresh time, it is expected that this value typically be in the range of weeks or greater.

If you want to test if your policy and DNS records are configured correctly you can test your configuration for free at this great service from Hardenize.

Monitoring and reporting (with uriports)

Just like with DANE you could (and should) use SMTP TLS-RPT to enable mail servers to let you know how your policy is performing and if any violations of your policy have come to pass. This will also keep you posted on expired certificates and other TLS related issues.

Adding TLS-RPT can be done by adding another TXT DNS record containing the rua (aggregate report URI) destination where reports should go to:

The sending mail server will send you an aggregate report daily containing useful information about all messages they have sent to you. These reports contain a (compressed GZIP) JSON file like this: 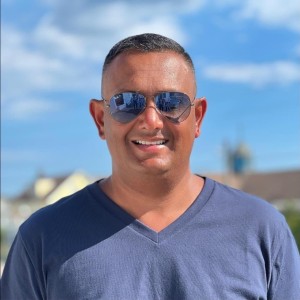 Dinesh is Optik Security's Founder and CEO, he has spent more than 20 years in information security. Dinesh founded Optik Security in 2020.
More Posts